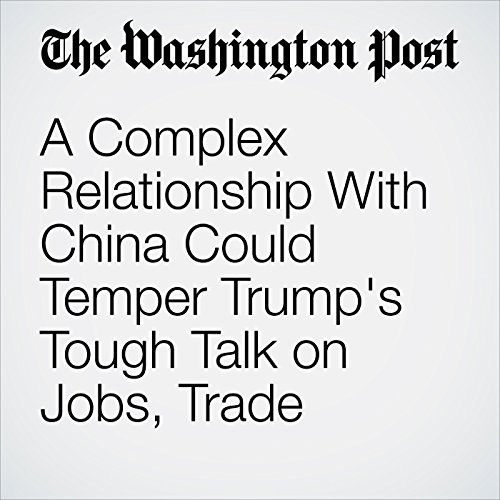 Donald Trump talked tough on China during his presidential run, blaming the country for the loss of American jobs, lobbing accusations of unfair currency manipulation or hostile trade practices, and suggesting that the United States levy enormous tariffs on Chinese goods.

"A Complex Relationship With China Could Temper Trump's Tough Talk on Jobs, Trade" is from the January 14, 2017 World section of The Washington Post. It was written by Anne Gearan and narrated by Jill Melancon.