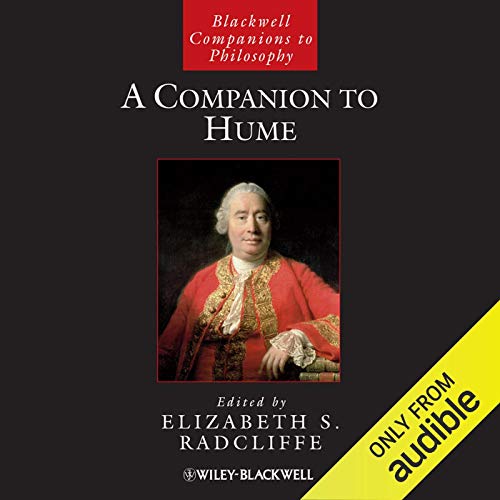 David Hume’s revolutionary philosophies took an empirical approach to the study of human nature. Controversial in his time, he was accused of everything from atheism to moral corruption; he has since been recognized as one of the foremost thinkers of the late modern period, influencing the thought of nearly every philosopher in his wake. The arguments presented in his writings have survived three centuries of varying perspectives, and have had a lasting influence on the philosophy of mind, knowledge, religion, action, morality, economics, and politics. A Companion to Hume is the ideal resource for the study of one of history’s most remarkable thinkers, demonstrating the range of Hume’s work and illuminating the ongoing debates that they have generated. Comprised of 29 expertly commissioned essays addressing such expansive topics of knowledge, passion, morality, religion, economics, and politics, this collection examines the paradoxes of Hume’s thought and his legacy, covering the methods, themes, and consequences of his contributions to philosophy.

Elizabeth S. Radcliffe is Professor of Philosophy at The College of William and Mary. She has published on the British Moralists and on Hume’s metaethics and motivational psychology. She was co–editor of the journal Hume Studies , with Kenneth Winkler, from 2000 until 2005. She is currently working on issues surrounding the contemporary Humean theory of motivation and its connection to Hume.

©2013 Elizabeth S. Radcliffe (P)2013 Audible Ltd
"An outstanding collection that will be both a guide for students and a stimulus to scholars. Elizabeth Radcliffe and her distinguished contributors cast fresh and clarifying light on each of the many topics they address." (Kenneth Winkler, Yale University)
"Elizabeth Radcliffe has achieved a remarkable feat of editorial organization. This will be a major reference resource for those who want to see the main directions in which Hume studies are currently heading. Topics are well chosen. Contributors range from some of our most distinguished senior scholars to talented recruits from the rising generation." (M.A. Stewart, University of Aberdeen)

It only took me seven years to understand

I tried reading this book seven years ago and didn't understand it at all and quit after 2 hours blaming the book and accusing it of being trite, silly, and dense. After having read Hume on my own, I realize these essays are a must read and it was I who was trite, silly and dense.

When one has enough background behind them, they will find this book incredibly rewarding in its own right. The essays are written such that the reader needs a little familiarity with Hume in order to understand, but when that foundation is achieved the fluency of these essays will open one’s worldview in areas that were once foreign. This only hints at why I enjoyed this book as much as I did. When a topic within philosophy is discussed by experts and written at such a level that even I can follow the points, the cross talk highlights many concepts for which I had been familiar with but now get to learn what they really mean. Within philosophy, there are about six problems that always get played with such as self-identity, nature and freewill, cause and effect, existence as predicate or not, appearance v. reality, and why is there something rather than nothing. All of philosophy plays with those kinds of questions, and it’s safe to say that Hume and this book dissect those problems and add perspective to them while edifying the reader of these essays with what it all really means.

In this book, there’s an essay or two on Hume’s History of England and why it is so meaningful today. Of course, that made me look it up and buy all six volumes for 99 cents, and so far, I must say that I love that too. For those who are as adverse to reading the printed word as much as I am, I would recommend the 'voice dream app' on the Iphone after stripping out the DRM associated with the kindle.

So, be aware of reading this book since it might lead to reading other books by Hume, and it might make you realize as it did for me that it was me that was trite, silly and dense not this book and it only took me seven years to realize it.

Please avoid this book if you hate pedantic explanations! Small concerns are discussed for hours. Philosophy should not be that boring! I forced myself to continue listening but it was unbearable. Narration is fine though.