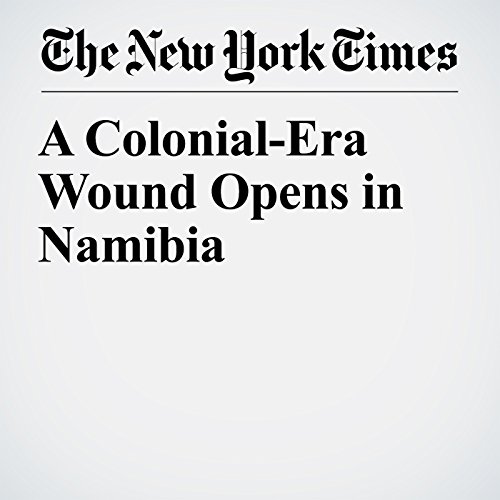 The statue, depicting a German marine holding a rifle in his hands and standing guard over a dying comrade, has stood undisturbed for decades in the most prominent spot in Swakopmund, a city on Namibia’s coast.It has survived the end of colonial rule in this corner of southern Africa, the subsequent occupation by apartheid South Africa, independence in 1990 and the present government by the black majority.

"A Colonial-Era Wound Opens in Namibia" is from the January 21, 2017 World section of The New York Times. It was written by Norimitsu Onishi and narrated by Paul Ryden.