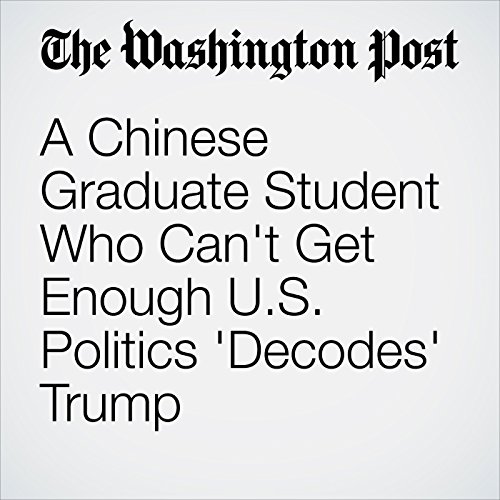 Yin, a 30-year-old PhD student, spent the Obama era obsessing over U.S. politics. When he’s not conducting doctoral research on 3-D printing or singing karaoke, he translates American news and comedy clips, sharing his work with about 800,000 followers on Weibo, the Chinese microblogging site.

"A Chinese Graduate Student Who Can't Get Enough U.S. Politics 'Decodes' Trump" is from the January 20, 2017 World section of The Washington Post. It was written by Emily Rauhala and narrated by Jenny Hoops.