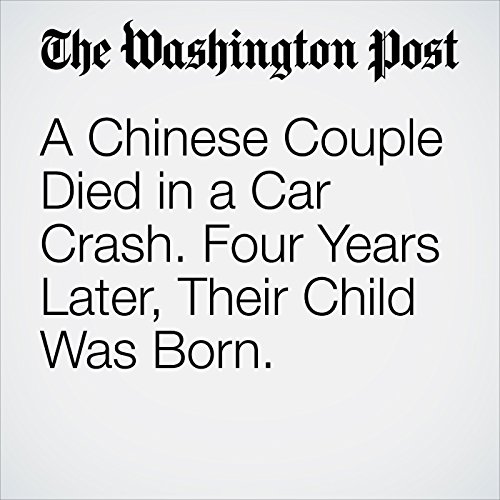 In March 2013, Shen Jie and Liu Xi were on the cusp of starting a family — a scheduled in vitro fertilization procedure was only days away — when the Chinese couple's car slammed into a tree in Jiangsu province.

"A Chinese Couple Died in a Car Crash. Four Years Later, Their Child Was Born." is from the April 12, 2018 World section of The Washington Post. It was written by Amy B Wang and narrated by Sam Scholl.