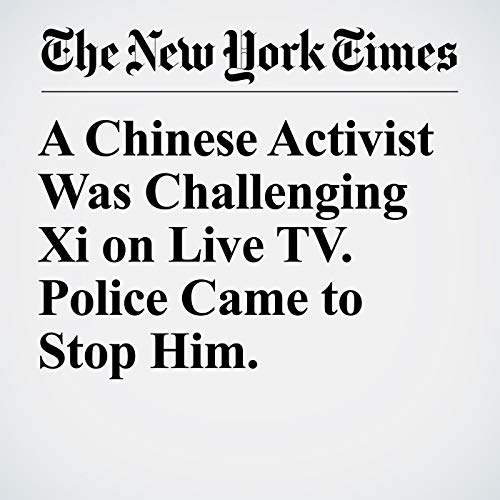 HONG KONG — A well-known critic of the Chinese government was on the phone with a reporter Wednesday night when he was interrupted by Chinese security forces, who barged into his home in the eastern city of Jinan and removed him.

"A Chinese Activist Was Challenging Xi on Live TV. Police Came to Stop Him." is from the August 02, 2018 World section of The New York Times. It was written by Gerry Mullany and narrated by Kristi Burns.