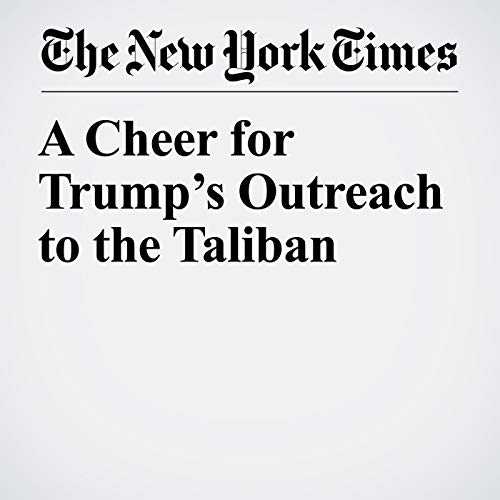 Direct talks between America and the insurgents would be the best way to start diplomacy that might end the war in Afghanistan. U.S. Officials have sought that goal in vain before, but now the time may be ripe.

"A Cheer for Trump’s Outreach to the Taliban" is from the September 07, 2018 Opinion section of The New York Times. It was written by Douglas Lute and Denis Mcdonough and narrated by Barbara Benjamin-Creel.