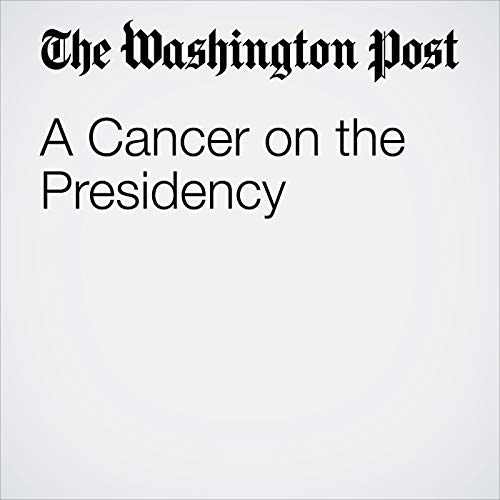 Whatever day you are reading this, it is June 1973 in Washington. A lawyer close to the president has turned decisively and damagingly against him. Testifying before a Senate committee investigating the Watergate scandal, John Dean describes a high-level coverup, including the use of hush money, designed to influence the outcome of the 1972 presidential election. And he identifies President Richard M. Nixon as part of that criminal conspiracy.

"A Cancer on the Presidency" is from the August 23, 2018 Opinion section of The Washington Post. It was written by Michael Gerson and narrated by Sam Scholl.

Cosa pensano gli ascoltatori di A Cancer on the Presidency