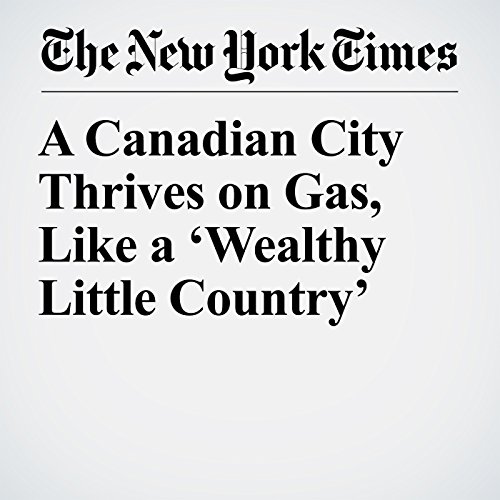 “We could separate from the world, and we’d be totally self-sufficient,” said Ted Clugston, the mayor, sipping coffee in Medicine Hat’s award-winning, architectural designed brick-and-glass City Hall. “We’d be a very, very wealthy little country, except we have no military.”

"A Canadian City Thrives on Gas, Like a ‘Wealthy Little Country’" is from the February 15, 2017 World section of The New York Times. It was written by Craig S. Smith and narrated by Caroline Miller.