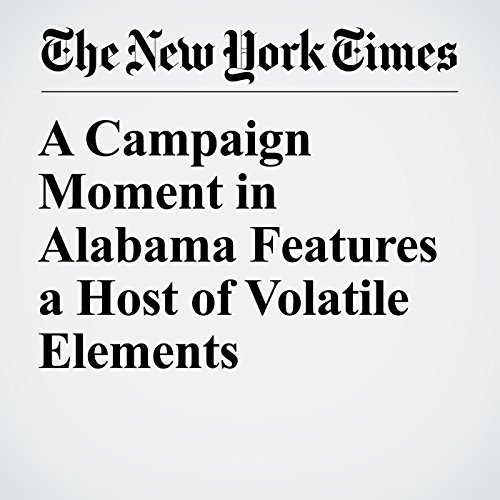 The special Senate election here, to be decided Tuesday, has made for one wild and ugly campaign season. It was never going to be afternoon tea, but with the airing of allegations in November that Roy Moore, the Republican nominee, had hounded and molested teenage girls when he was in his 30s, the race tightened — and the dialogue went south.

"A Campaign Moment in Alabama Features a Host of Volatile Elements" is from the December 09, 2017 U.S. section of The New York Times. It was written by Campbell Robertson and Jonathan Martin and narrated by Kristi Burns.