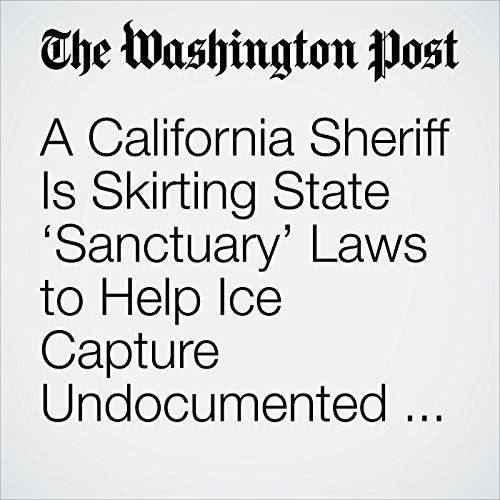 The Orange County Sheriff’s Department moved to sidestep a California law designed to limit law enforcement coordination with U.S. Immigration and Customs Enforcement, saying it would put the date an inmate will be released on its website.

"A California Sheriff Is Skirting State ‘Sanctuary’ Laws to Help Ice Capture Undocumented Immigrants" is from the March 27, 2018 National section of The Washington Post. It was written by Alex Horton and narrated by Sam Scholl.