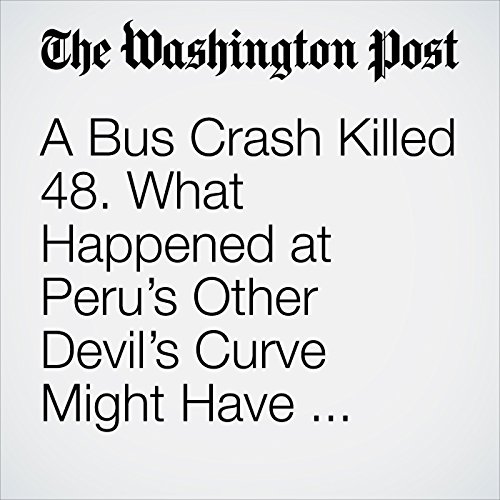 At least 48 people were killed Tuesday when a bus collided with a tractor-trailer and plunged from the sliver of highway running along Peru’s coastline. Helicopters buzzed overhead to pluck six survivors from the wreckage and recover bodies strewn across the rocky beach about 262 feet below the highway. There were also three people missing from the 57 total passengers, the Associated Press reported.

"A Bus Crash Killed 48. What Happened at Peru’s Other Devil’s Curve Might Have Been Worse." is from the January 03, 2018 World section of The Washington Post. It was written by Alex Horton and narrated by Sam Scholl.

Cosa pensano gli ascoltatori di A Bus Crash Killed 48. What Happened at Peru’s Other Devil’s Curve Might Have Been Worse.