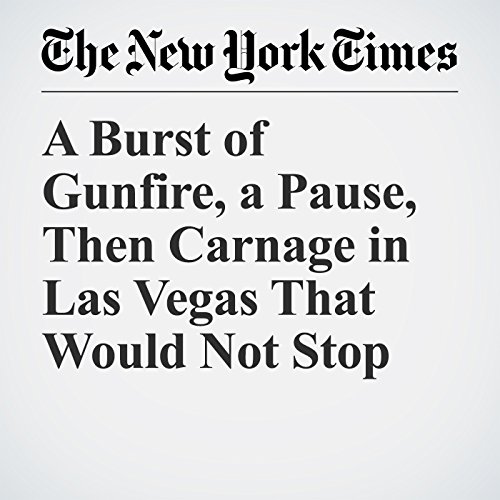 At first, it sounded like fireworks — a loud, crackling noise. Then the awful realization began to spread, unevenly, through the huge crowd.

"A Burst of Gunfire, a Pause, Then Carnage in Las Vegas That Would Not Stop" is from the October 03, 2017 U.S. section of The New York Times. It was written by Ken Belson, Jennifer Medina and Richard Pérez Peña and narrated by Keith Sellon-Wright.