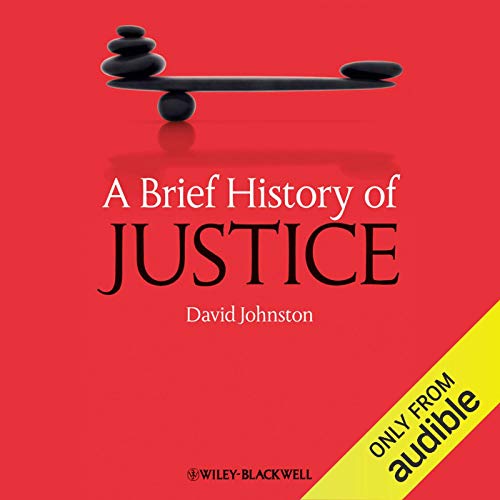 The idea of justice has been central to political philosophy since its origin. Indeed, the two towering book–ends to Western political thought - Plato's Republic and John Rawls' milestone 1971 publication, A Theory of Justice - are both essays on justice . Structured around the historical and conceptual relationship between distributive and corrective justice, A Brief History of Justice traces the development of this fundamental idea from antiquity to the present day. This wide–ranging, yet concise book delves deeply into the evolving traditions of justice, from roots in Babylonian and Hebrew law and Greek political thought to the most prominent contemporary renderings in the work of Rawls and other modern thinkers, including incisive chapter–length introductions to the work of Plato, Aristotle, the utilitarians, Kant, and Rawls. David Johnston weaves a sophisticated, yet accessible, narrative, integrating philosophical discussion with pressing contemporary questions about justice. With clarity and scholarly precision, A Brief History of Justice offers readers an invaluable survey of an important and powerful concept that continues to dominate the field of political philosophy.

©2013 David Johnston (P)2013 Audible Ltd
“Highly recommended. Lower–level undergraduates through graduate students; general readers.” (Choice, 1 March 2012)
"David Johnston has given us what we have long lacked, a fine and readable account of the importance of justice, which focuses as much (or more) on the heritage of our thought about this matter as on the detail of the particular theories that have preoccupied philosophers for the past thirty years." (Jeremy Waldron , Chichele Professor of Social and Political Theory, Oxford; and University Professor, NYU Law School)

I found this to be an excellent introductory level book on the subject of justice. Would serve as a good source for students of social justice. I like the fact that the author presents different views and allowing them to speak without cutting them short. The concluding section of the book is particularly interesting and leaves much to desire about the way forward and how we’re to think about social justice.