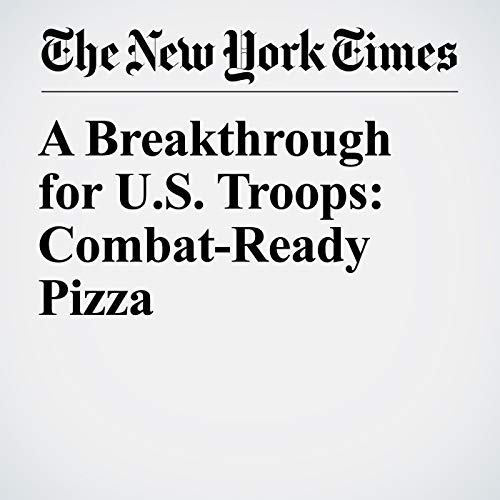 NATICK, Mass. — The U.S. military calls its combat field rations MREs, for Meals, Ready to Eat, since they require no cooking. But the troops long ago decided that those initials stood for Meals Refused by Everyone. The stuff may have been filling, but it sure wasn’t appetizing.

"A Breakthrough for U.S. Troops: Combat-Ready Pizza" is from the September 20, 2018 U.S. section of The New York Times. It was written by Dave Philipps and narrated by Fleet Cooper.