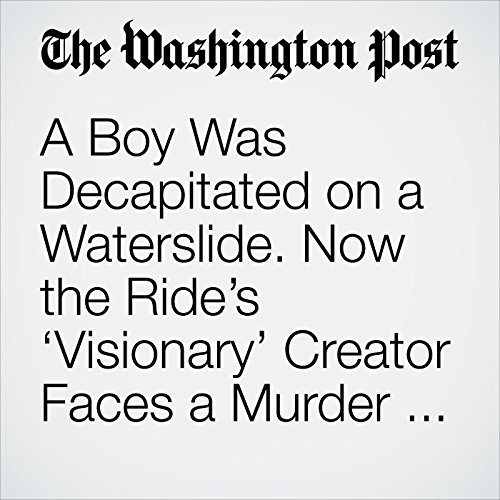 In the years before he opened the world’s tallest waterslide — a 17-story record-setter that towered over a Kansas amusement park — people in the industry called Jeff Henry a visionary.Now, after a child was decapitated on Henry’s Verrückt ride and investigators say they found signs of rushed construction and covered-up injuries, prosecutors are calling Henry something else: murderer.

"A Boy Was Decapitated on a Waterslide. Now the Ride’s ‘Visionary’ Creator Faces a Murder Charge." is from the March 27, 2018 National section of The Washington Post. It was written by Cleve R. Wootson Jr. and Kristine Phillips and narrated by Sam Scholl.