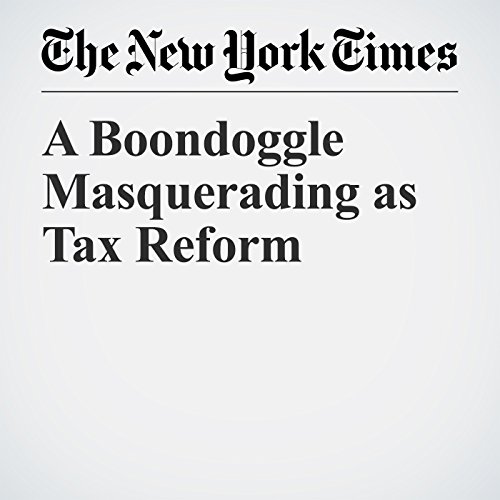 After months of secret negotiations, the Trump administration and congressional leaders have come up with a tax plan — sort of. What they have really come up with is a wish list of tax cuts for the wealthy, with lots of “we’ll get back to you on that” promises where the details are supposed to be.

"A Boondoggle Masquerading as Tax Reform" is from the September 27, 2017 Opinion section of The New York Times. It was written by The Editorial Board and narrated by Kristi Burns.