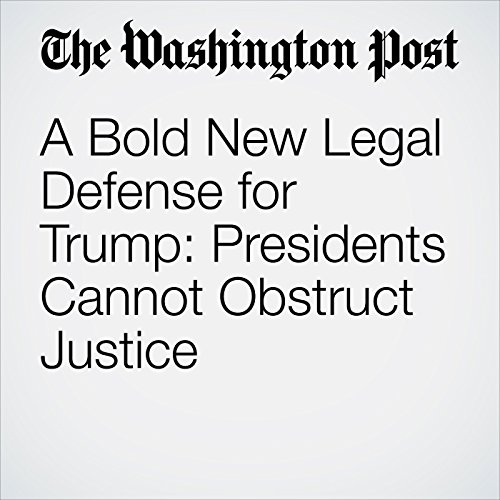 The brazen assertion Monday by one of President Trump’s lawyers that a president cannot be found guilty of obstruction of justice signaled a controversial defense strategy in the wide-ranging Russia probe, as Trump’s political advisers are increasingly concerned about the legal advice he is receiving.

"A Bold New Legal Defense for Trump: Presidents Cannot Obstruct Justice" is from the December 04, 2017 National section of The Washington Post. It was written by Sari Horwitz and Philip Rucker and narrated by Sam Scholl.