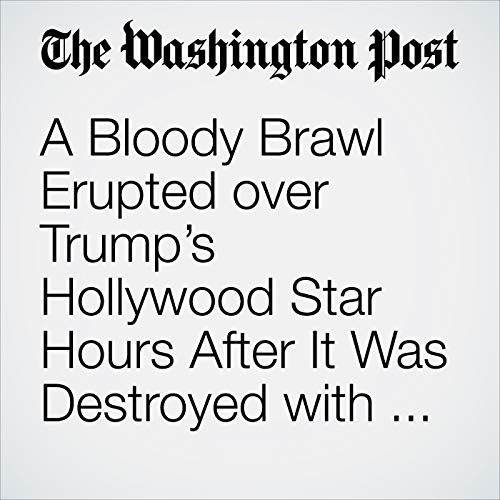 The remains of Donald Trump’s star on the Hollywood Walk of Fame had been covered with plywood and traffic cones and ringed with yellow tape by Thursday, less than 48 hours after someone obliterated it with a pickax.

"A Bloody Brawl Erupted over Trump’s Hollywood Star Hours After It Was Destroyed with a Pickax" is from the July 29, 2018 National section of The Washington Post. It was written by Avi Selk and narrated by Sam Scholl.