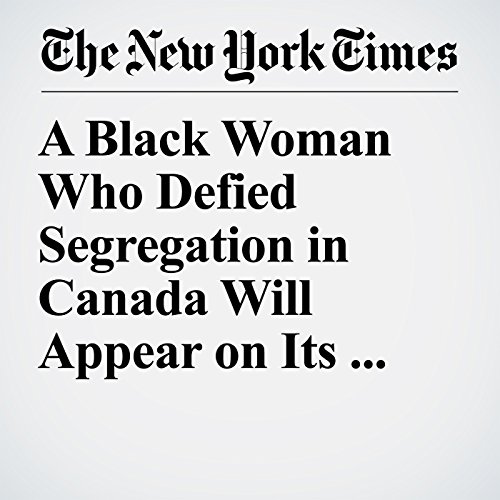 OTTAWA, Ontario — Nine years before Rosa Parks was arrested for refusing to give her seat to a white passenger on a bus in Montgomery, Alabama, Viola Desmond tried to sit in a whites-only section of a movie theater in New Glasgow, Nova Scotia.

"A Black Woman Who Defied Segregation in Canada Will Appear on Its Currency" is from the March 12, 2018 World section of The New York Times. It was written by Ian Austen and narrated by Fleet Cooper.