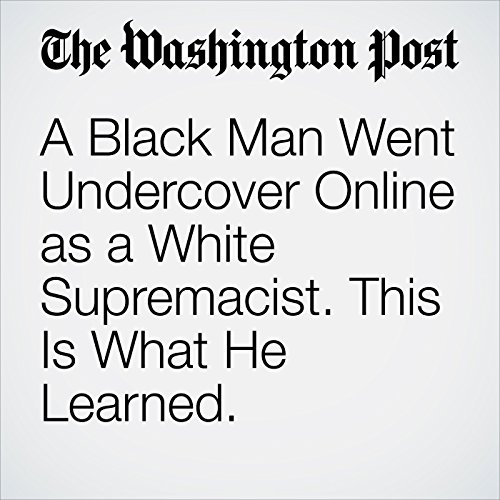 After engaging in endless sparring matches in the comments section, Wilson began to notice something curious: His trolls seemed to speak a language unto themselves, one replete with the same twisted facts and false history. It was as if they had all passed through some “dimensional doorway,” arriving from an alternative universe where history, politics and commonly accepted facts had been turned inside out.

"A Black Man Went Undercover Online as a White Supremacist. This Is What He Learned." is from the August 24, 2017 The Switch section of The Washington Post. It was written by Peter Holley and narrated by Sam Scholl.

Cosa pensano gli ascoltatori di A Black Man Went Undercover Online as a White Supremacist. This Is What He Learned.