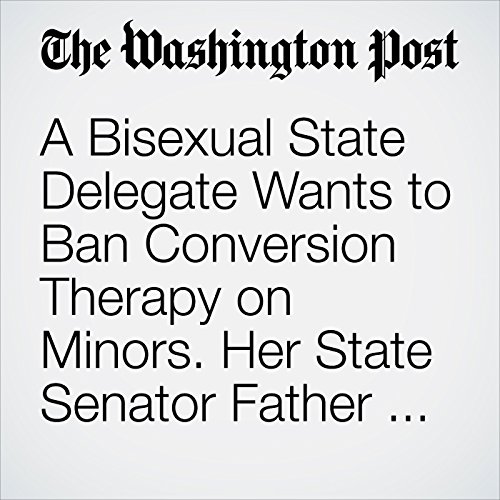 Meagan C. Simonaire (R-Anne Arundel), the youngest member of the Maryland General Assembly, sounded tentative as she took the floor: “I actually thought about being silent on this issue.”

"A Bisexual State Delegate Wants to Ban Conversion Therapy on Minors. Her State Senator Father Disagrees." is from the April 06, 2018 Opinion section of The Washington Post. It was written by Karen Tumulty and narrated by Sam Scholl.