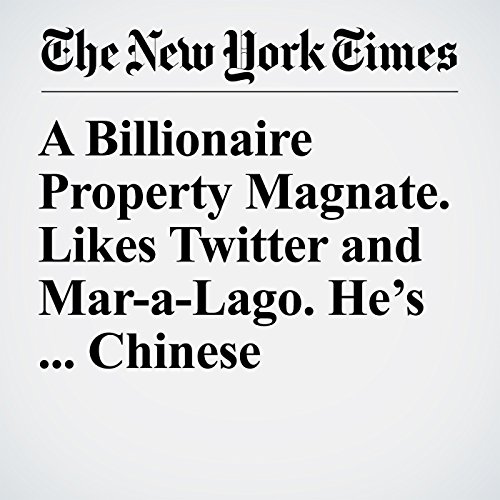 He is a billionaire who made his fortune in real estate. He has been called a narcissist. He posts to Twitter — incessantly — about politics and his battles against the media. Lately, he has been spending time at a Florida resort named Mar-a-Lago.

"A Billionaire Property Magnate. Likes Twitter and Mar-a-Lago. He’s ... Chinese" is from the April 04, 2017 World section of The New York Times. It was written by Michael Forsythe and narrated by Caroline Miller.