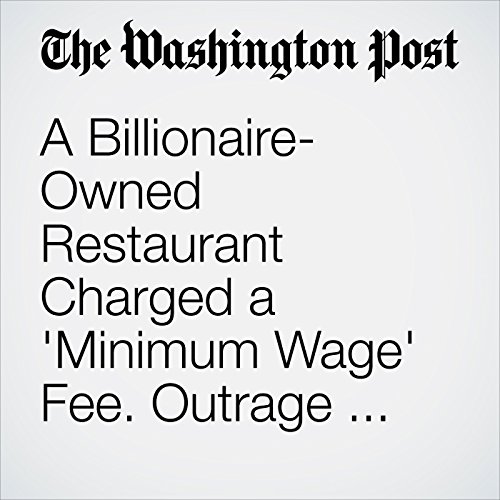 A customer dining at D.C.’s Oceanaire restaurant noticed an unusual line at the bottom of his receipt: “Due to the rising costs of doing business in this location, including costs associated with higher minimum wage rates, a 3% surcharge has been added to your total bill.” Brian, who asked The Washington Post to use only his first name to avoid conflicts with his employer, was surprised to see the additional charge. He snapped a picture and sent it to local blog Popville, which posted a picture of his receipt. The outraged comments started rolling in.

"A Billionaire-Owned Restaurant Charged a 'Minimum Wage' Fee. Outrage Ensued." is from the August 15, 2017 Food section of The Washington Post. It was written by Maura Judkis and narrated by Jenny Hoops.