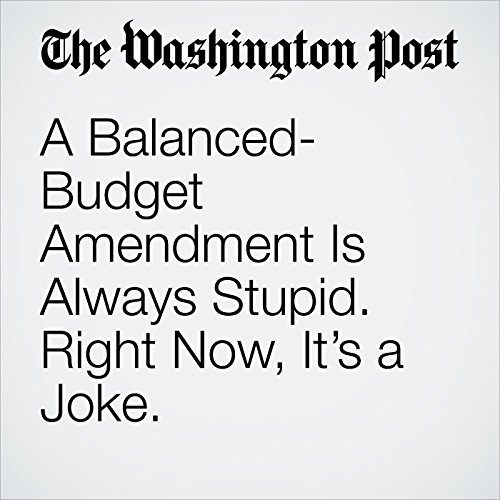 A balanced-budget amendment is pretty much always a stupid idea. But you know when it’s stupidest?When you’ve just blown a multitrillion-dollar hole in the deficit, and also, umm, don’t even really plan to pass a budget.

"A Balanced-Budget Amendment Is Always Stupid. Right Now, It’s a Joke." is from the January 00, 1900 Opinion section of The Washington Post. It was written by Catherine Rampell and narrated by Jenny Hoops.