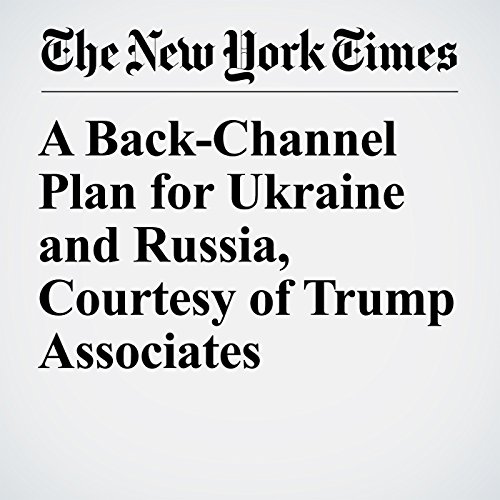 At a time when Trump’s ties to Russia, and the people connected to him, are under heightened scrutiny — with investigations by U.S. intelligence agencies, the FBI and Congress — some of his associates remain willing and eager to wade into Russia-related efforts behind the scenes.

"A Back-Channel Plan for Ukraine and Russia, Courtesy of Trump Associates" is from the February 20, 2017 World section of The New York Times. It was written by Megan Twohey and Scott Shane and narrated by Caroline Miller.