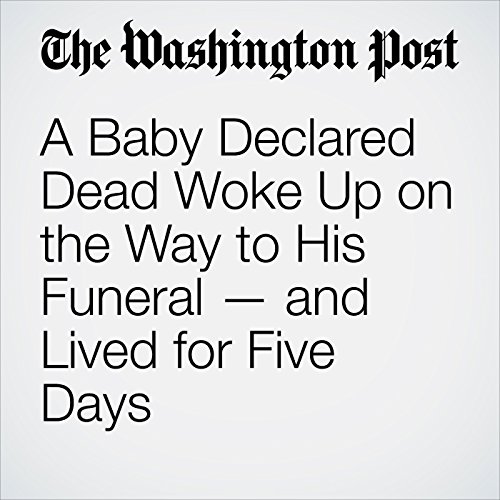 A baby boy in India who was pronounced dead a few hours after birth but then was found to be alive and wriggling on the way to his own funeral has died — a tragic end to a story that has cast a harsh light on one of the country’s elite private hospitals.

"A Baby Declared Dead Woke Up on the Way to His Funeral — and Lived for Five Days" is from the December 06, 2017 World section of The Washington Post. It was written by Cleve R. Wootson Jr. and narrated by Sam Scholl.