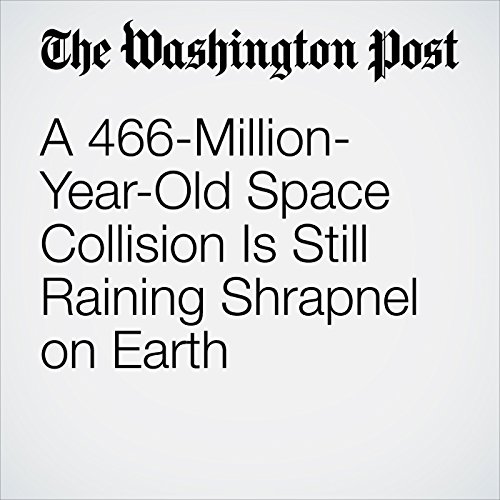 Millennia passed, the continents broke apart and bunched back together, mountain ranges rose up and eroded away, countless creatures — trilobites, dinosaurs, woolly mammoths — evolved and went extinct. But the debris from that 466-million-year-old breakup continued to fall. And fall. And fall. Even now, they make up the largest group of meteorites that land on Earth.

"A 466-Million-Year-Old Space Collision Is Still Raining Shrapnel on Earth" is from the January 23, 2017 Speaking of Science section of The Washington Post. It was written by Sarah Kaplan and narrated by Sam Scholl.