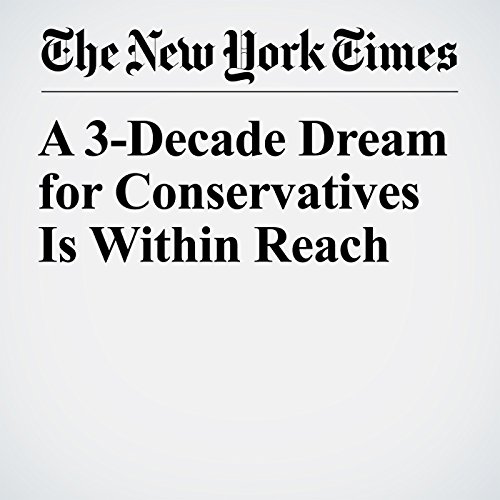 President Donald Trump’s nomination of Judge Brett M. Kavanaugh for the Supreme Court on Monday culminates a three-decade project unparalleled in American history to install a reliable conservative majority on the nation’s highest tribunal, one that could shape the direction of the law for years to come.

"A 3-Decade Dream for Conservatives Is Within Reach" is from the July 10, 2018 U.S. section of The New York Times. It was written by Peter Baker and narrated by Kristi Burns.