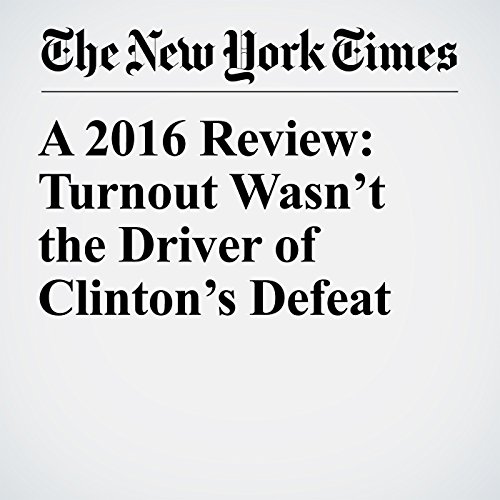 In the aftermath of the 2016 presidential election, many analysts suggested that Hillary Clinton lost to Donald Trump because of poor Democratic turnout. Months later, it is clear that the turnout was only modestly better for Trump than expected.

"A 2016 Review: Turnout Wasn’t the Driver of Clinton’s Defeat" is from the March 28, 2017 Opinion section of The New York Times. It was written by Nate Cohn and narrated by Fleet Cooper.