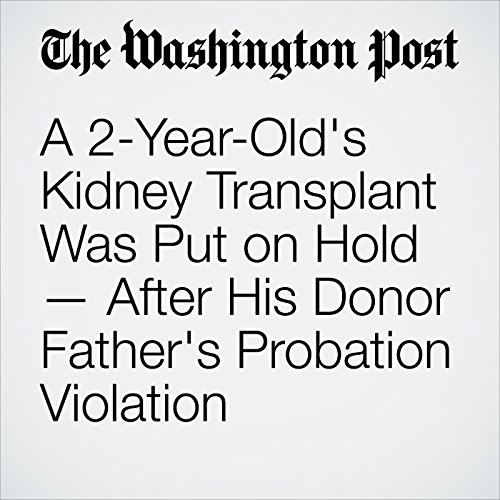 A father in Georgia who had prepared to donate a kidney to his 2-year-old son said last week that he is being forced to wait after a recent stint in county jail.

"A 2-Year-Old's Kidney Transplant Was Put on Hold — After His Donor Father's Probation Violation" is from the October 16, 2017 U.S. section of The Washington Post. It was written by Lindsey Bever and narrated by Sam Scholl.