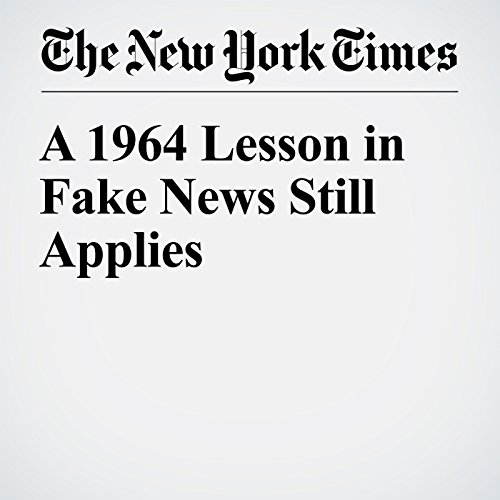 The most popular video produced last year by RT, the Russian government’s primary international television outlet, was titled, “How 100% of the Clintons’ 2015 ‘Charity’ Went to ... Themselves.”

Untrue in general and in its specifics, the video was seen 7 million times on social media platforms, according to a report issued last week by federal intelligence authorities.

"A 1964 Lesson in Fake News Still Applies" is from the January 10, 2017 U.S. section of The New York Times. It was written by Jim Dwyer and narrated by Caroline Miller.