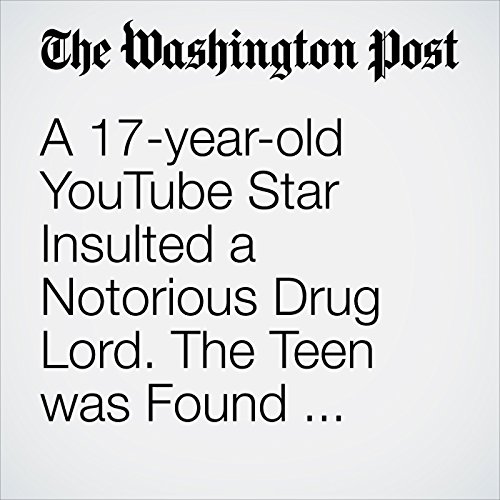 Juan Luis Lagunas Rosales was born in the Mexican state of Sinaloa, a mecca for cartels and the land of notorious drug lord Joaquín “El Chapo” Guzman. Lagunas grew up never knowing his father. His mother left him with his grandmother as a child.

"A 17-year-old YouTube Star Insulted a Notorious Drug Lord. The Teen was Found With At Least 15 Bullet Wounds." is from the December 21, 2017 National section of The Washington Post. It was written by Samantha Schmidt and narrated by Sam Scholl.