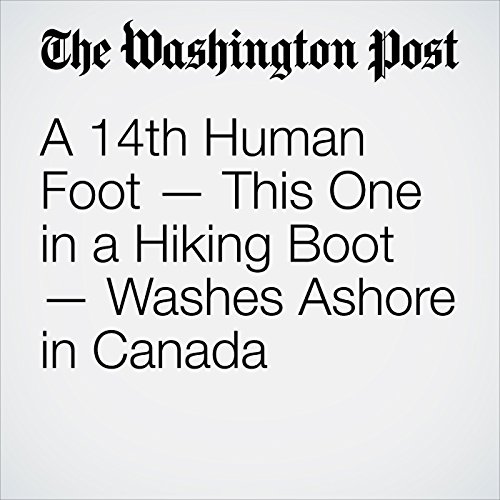 Like nearly all of the 13 human feet that had mysteriously washed up on Canadian shores before it, the 14th foot appeared, unexpectedly, on the banks of the Salish Sea in British Columbia. This time, a man walking the beach on Gabriola Island discovered the appendage last Sunday afternoon, trapped in a mass of logs, according to the Royal Canadian Mounted Police.

"A 14th Human Foot — This One in a Hiking Boot — Washes Ashore in Canada" is from the May 13, 2018 World section of The Washington Post. It was written by Amy B Wang and narrated by Sam Scholl.