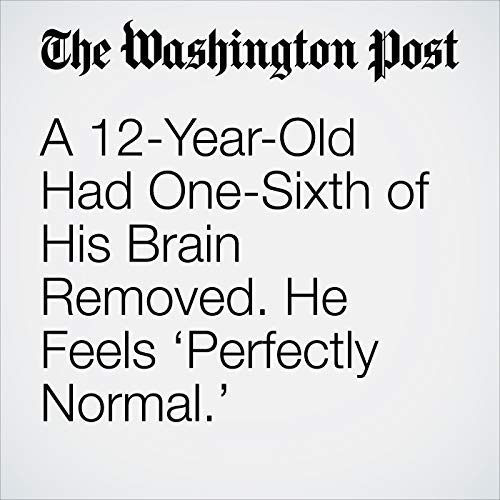 A 12-Year-Old Had One-Sixth of His Brain Removed. He Feels ‘Perfectly Normal.’

It was a solution no parent wants to hear: To get rid of a brain tumor and stop their young son's seizures, surgeons would need to cut out one-sixth of his brain.But for Tanner Collins, it was the best option.

"A 12-Year-Old Had One-Sixth of His Brain Removed. He Feels ‘Perfectly Normal.’" is from the August 02, 2018 National section of The Washington Post. It was written by Lindsey Bever and narrated by Jenny Hoops.