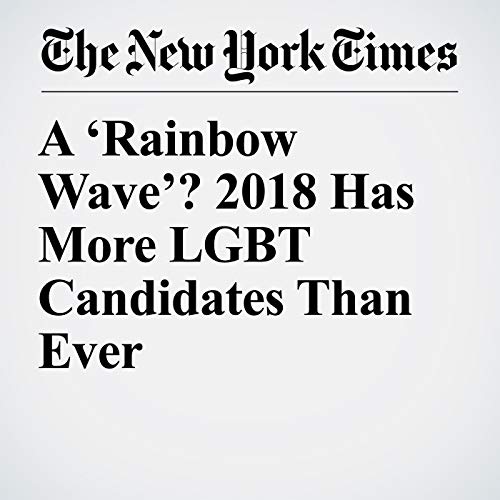 Sharice Davids, a leading Democrat in a key congressional primary election Tuesday, finished a White House fellowship in the early months of the Trump administration. As a lesbian and a Native American, she became convinced that hard-won progress on issues like gay rights and the environment would erode under President Donald Trump and thought Kansans in her district might support her as

"A ‘Rainbow Wave’? 2018 Has More LGBT Candidates Than Ever" is from the August 04, 2018 U.S. section of The New York Times. It was written by Liam Stack and Catie Edmondson and narrated by Keith Sellon-Wright.