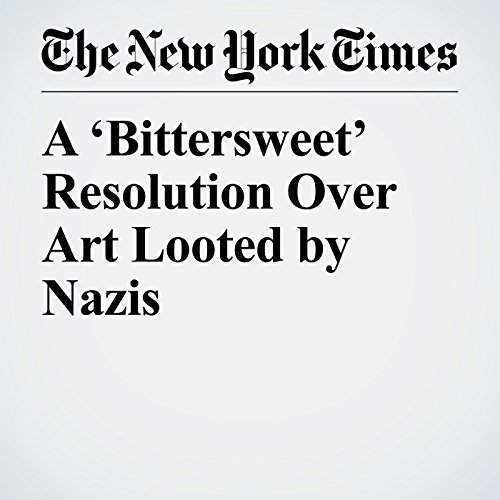 Like many paintings looted during World War II, “La Punta Della Dogana e San Giorgio Maggiore” went through several hands after the Grafs had to leave it behind.

"A ‘Bittersweet’ Resolution Over Art Looted by Nazis" is from the May 28, 2017 Arts section of The New York Times. It was written by Nina Siegal and narrated by Barbara Benjamin-Creel.