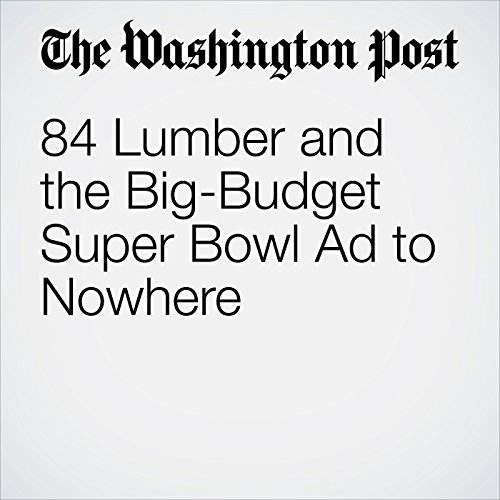 Allen Adamson, founder of BrandSimple Consulting, said most Super Bowl advertisers who waded into political waters were distracting viewers from their mission of selling their company products.

Adamson called 84 Lumber’s commercial “a miss,” because like several other advertisers, it was trying to attach itself to a social issue instead of pushing its product. He calls the tactic “borrowed interest,” and said it usually backfires.

""84 Lumber and the Big-Budget Super Bowl Ad to Nowhere"" is from the February 06, 2017 National section of The Washington Post. It was written by Thomas Heath and narrated by Sam Scholl.