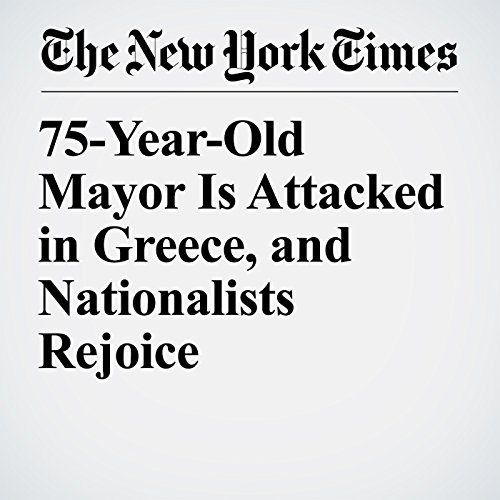 THESSALONIKI, Greece — The 75-year-old mayor of Greece’s second-largest city was brutally assaulted by a far-right mob at a public gathering over the weekend, an attack that brought gleeful expressions of support from nationalist groups and heightened concerns about a rise in hate crime in the country.

"75-Year-Old Mayor Is Attacked in Greece, and Nationalists Rejoice" is from the May 21, 2018 World section of The New York Times. It was written by Niki Kitsantonis and narrated by Kristi Burns.