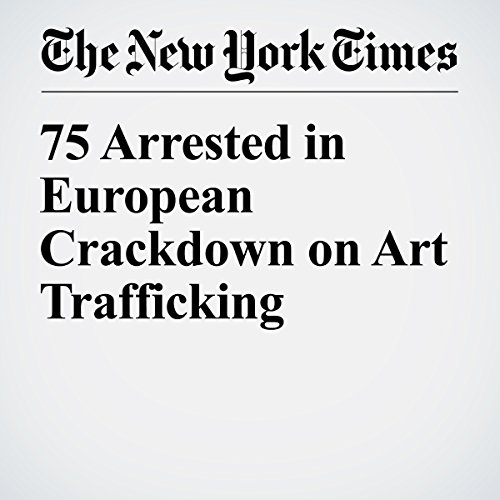 The arrests, announced Sunday in a statement by Spain’s Interior Ministry, followed a Pan-European police operation begun in October and led by investigators in Spain and Cyprus.

"75 Arrested in European Crackdown on Art Trafficking" is from the January 22, 2017 World section of The New York Times. It was written by Raphael Minder and narrated by Kristi Burns.