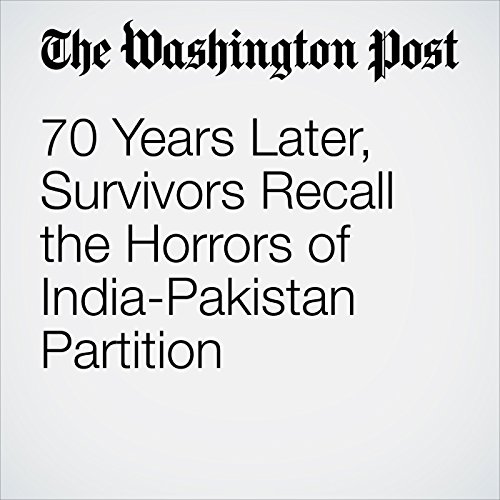 Around 14 million people are thought to have abandoned their homes in the summer and fall of 1947, when colonial British administrators began dismantling the empire in southern Asia. Estimates for the number of people killed in those months range between 200,000 and 2 million.

"70 Years Later, Survivors Recall the Horrors of India-Pakistan Partition" is from the August 14, 2017 Asia & Pacific section of The Washington Post. It was written by Vidhi Doshi and Nisar Mehdi and narrated by Sam Scholl.