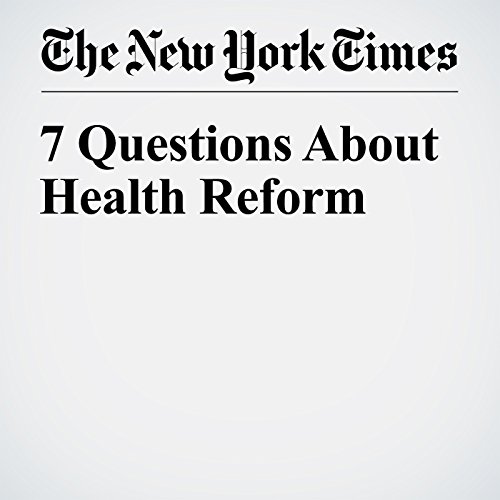 On Tuesday, President-elect Donald J. Trump said he wanted Congress to repeal the Affordable Care Act right away and replace it with a new plan “very shortly thereafter.” But before they abandon all the work that has gone into the health care law since 2010, Trump and Republicans in Congress owe Americans a detailed explanation of how they plan to replace it.

"7 Questions About Health Reform" is from the January 10, 2017 Opinon section of The New York Times. It was written by Harold Pollack and Timothy S. Jost and narrated by Fleet Cooper.