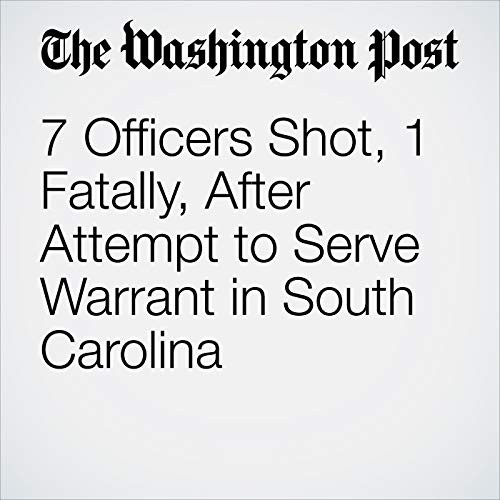 Seven law enforcement officers were shot — one of them fatally — when a suspect opened fire on deputies attempting to serve a search warrant at a house in South Carolina on Wednesday, authorities said.

"7 Officers Shot, 1 Fatally, After Attempt to Serve Warrant in South Carolina" is from the October 04, 2018 National section of The Washington Post. It was written by Eli Rosenberg and Mark Berman and narrated by Sam Scholl.