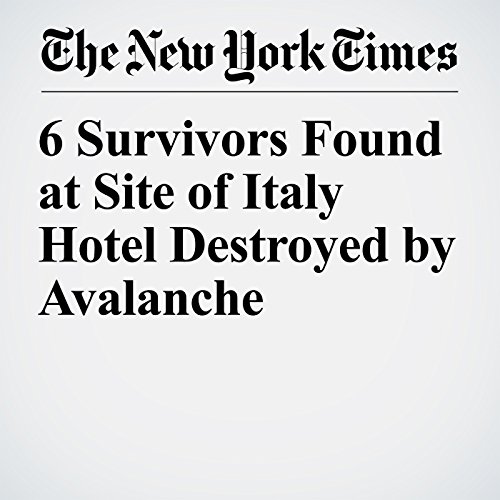 With shouts of “Bravo!” and rounds of applause, rescue workers pulled a frigid but buoyant boy from the snow-covered rubble of an Italian hotel Friday, one of six survivors found two days after an avalanche destroyed the building, officials said.

"6 Survivors Found at Site of Italy Hotel Destroyed by Avalanche" is from the January 20, 2017 World section of The New York Times. It was written by Elisabetta Povoledo and narrated by Barbara Benjamin-Creel.