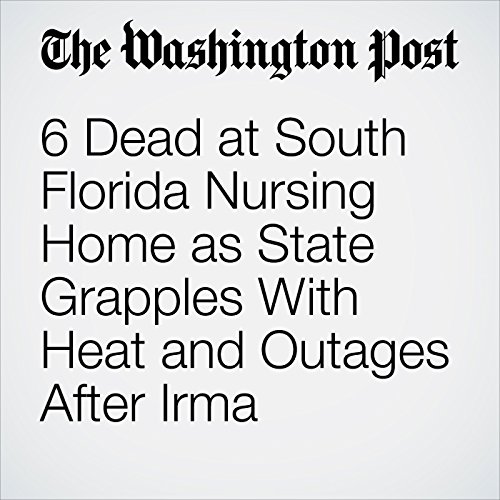 Police opened a criminal investigation Wednesday into the deaths of at least six people at a South Florida nursing home that apparently was without air conditioning amid ongoing power outages from Hurricane Irma, according to local officials.

"6 Dead at South Florida Nursing Home as State Grapples With Heat and Outages After Irma" is from the September 13, 2017 National section of The Washington Post. It was written by Mark Berman and Katie Zezima and narrated by Sam Scholl.