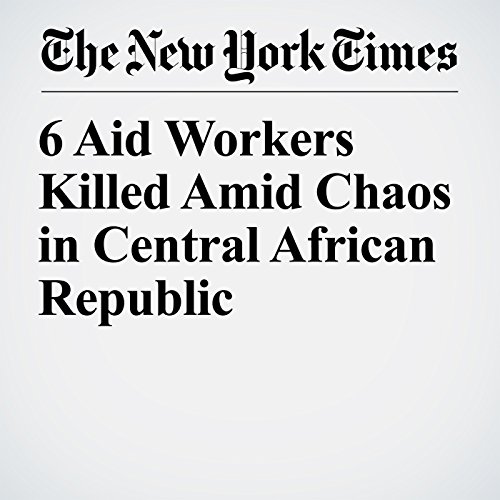 Six educators were killed this week in the Central African Republic, UNICEF said Wednesday, the latest of several attacks on aid workers as that fragmented and war-torn nation slides deeper into chaos.

"6 Aid Workers Killed Amid Chaos in Central African Republic" is from the February 28, 2018 World section of The New York Times. It was written by Richard Pérez Peña and narrated by Keith Sellon-Wright.