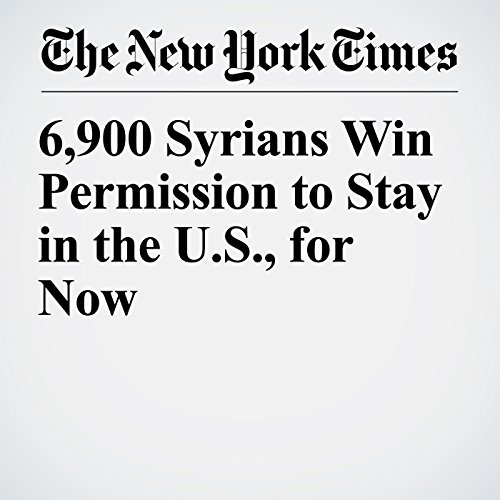 Nearly 7,000 Syrians who were granted temporary permission to live and work in the United States as a civil war devoured their country will be allowed to stay for at least another 18 months, the Trump administration announced on Wednesday, in an acknowledgment that Syria continues to be rattled by conflict.

"6,900 Syrians Win Permission to Stay in the U.S., for Now " is from the February 01, 2018 U.S. section of The New York Times. It was written by Vivian Yee and narrated by Keith Sellon-Wright.