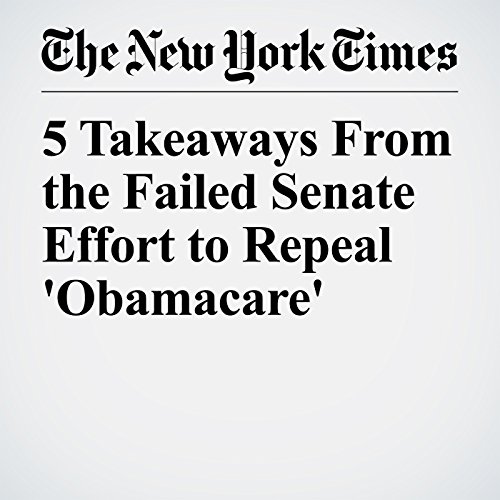 The Republican Party’s seven-year dream of dismantling the health care law came to what seemed like a climactic end early Friday, punctured by the Senate’s vote to reject a last-ditch proposal to repeal a few parts of the law.

"5 Takeaways From the Failed Senate Effort to Repeal 'Obamacare'" is from the July 28, 2017 U.S. section of The New York Times. It was written by Thomas Kaplan and narrated by Mike DelGaudio.