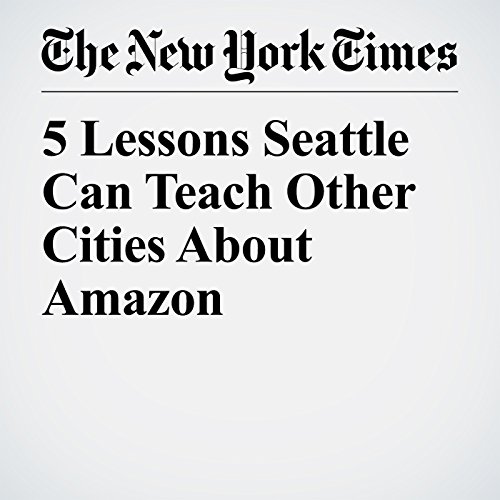 Amazon, the colossus of internet commerce that was founded here, is conducting the most dramatic sweepstakes of modern capitalism in throwing open a competition for a coequal second headquarters. The company has promised to create about 50,000 new jobs at HQ2, as they’re calling it, paralleling the similar number the company plans to employ here over the next couple of years.

"5 Lessons Seattle Can Teach Other Cities About Amazon" is from the November 16, 2017 U.S. section of The New York Times. It was written by Kirk Johnson and narrated by Archie Montgomery.