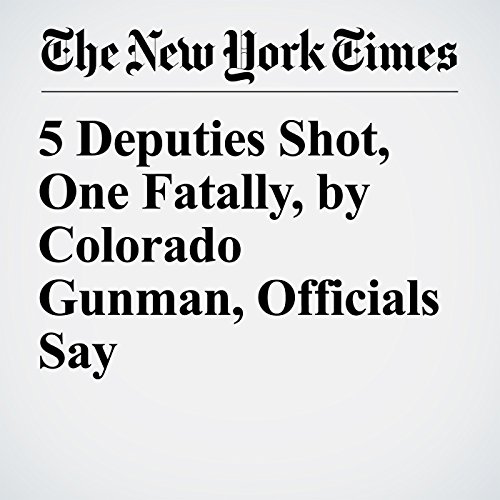 It began as a predawn call for the police to a disturbance at an apartment complex in a Denver suburb on Sunday. It ended, officials said, in a fusillade of more than 100 rounds fired by a barricaded gunman who shot five law enforcement officers, killing one of them. The gunman was killed by officers.

"5 Deputies Shot, One Fatally, by Colorado Gunman, Officials Say" is from the December 31, 2017 U.S. section of The New York Times. It was written by Christopher Mele and Jack Healy and narrated by Keith Sellon-Wright.